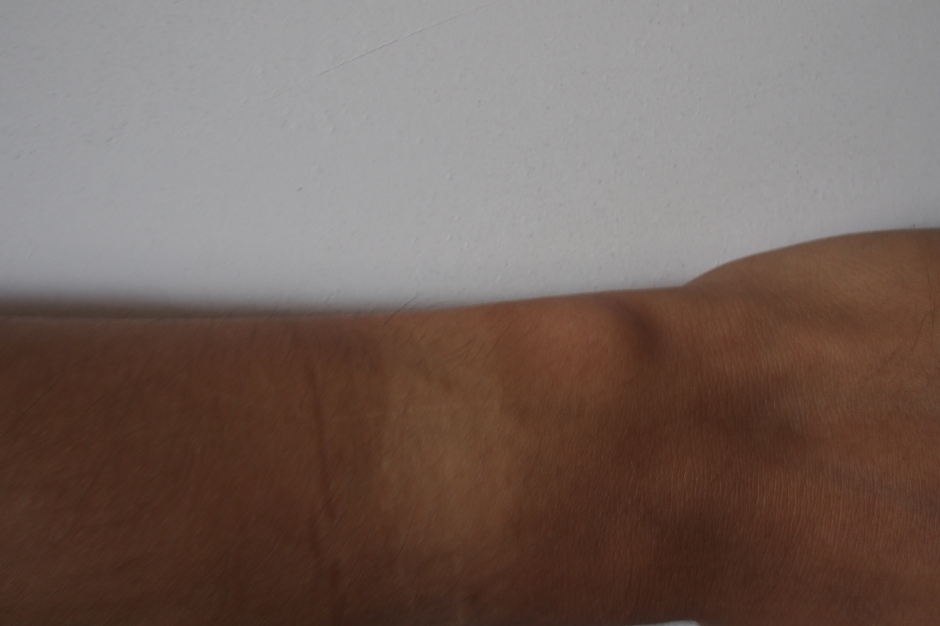 One that light bit of skin my watch was strapped…

It has been a while. In the last week of April I was moving out and May was busy, too busy. So the past two weeks I have been thinking about new topics. This post will be about skin and its significance. If you wonder why well an artist called Childish Gambino released a song. The song in question made me think again.

The story behind the picture is simple. I went swimming on a date, kept my watch on and bronzed except where my watch covered my skin. It reminded me of how pale I felt before. Dutch clouds and lack of exposure to the sun make your skin go pale. Then, on that day in the water my light brown complexion became darker.

Back to the significance of skin, it is not as easy to explain as bronzing in the sun. When I was a child I grew up with mostly Dutch children with light pale skins. When you have a brown tint you become extra visible. Bullies pick up on that and some people wish they could sit in the sun like you.

Additionally when you learn about history, society and rulers in particular you often see portraits of monarchs and rulers with white pale skins. Even Jesus on the cross in many households and churches had a shining white skin. As if to indicate that powerful people have to look that way. It never made sense to me.

When you learn about colonialism you also pick up on layered societies where the pale European was the most respected person. A darker skin indicated the lower social status of the labourers. I can imagine discrimination and racism are difficult to weave out of society. Centuries passed and only since the 1960-ties did certain change. I like Curtis Mayfield’s song “We People Who Are Darker Than Blue”. It explains certain issues very well.

If you need a song to dance to play Sly & The Family Stone’s “Everyday People.”

If you need a modern reminder of how bad it can be listen to “This Is America” again.

In the Netherlands when you had Surinam roots you were served a plate of prejudices. People can keep their prejudices. When you wise up you focus on your future.

Skin is skin, not an excuse to look down on someone else.