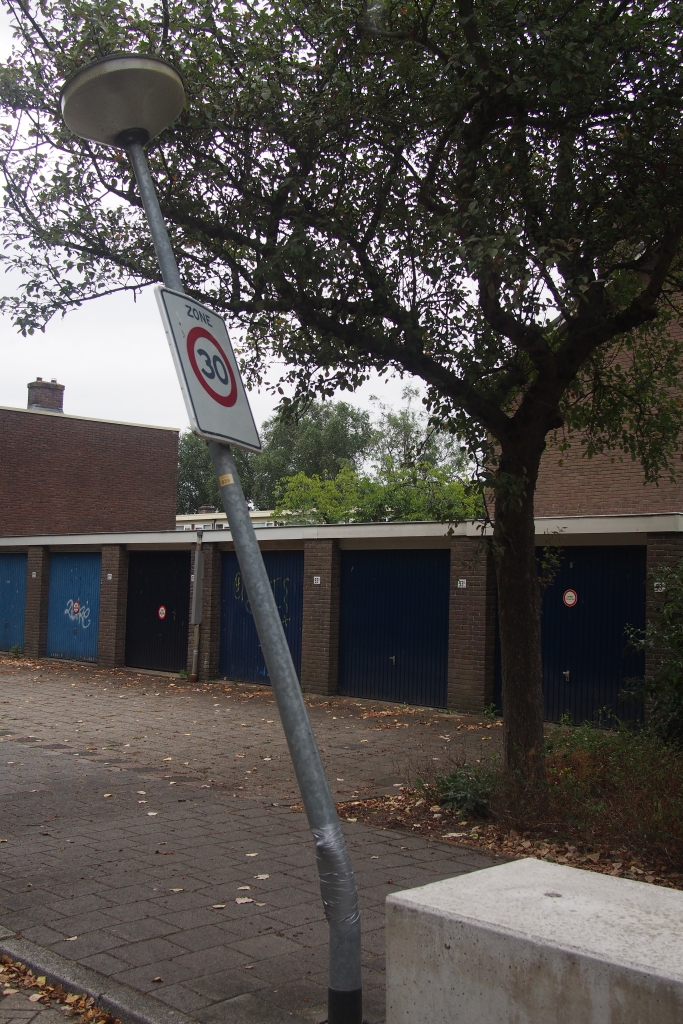 The street next door, for now it works…

The best part of living in new place is finding out the quirks. It does not matter how much people tell you about the place in question. I mean reviews and opinions are informative but you still have to make up your own mind. Well I am enjoying my place under the sun and one day I saw this bent street light.

Sometimes things happen, something breaks and people ask “can you fix this?” and I tend to reply with my favourite joke.

“Do you have duct tape?”

Working in Amsterdam actually gave duct tape a second use: to make things ugly. You see I had an old bicycle, single speed with old-school kick-back breaks and a big bell. Old reliable bikes are good targets for bicycle thieves in the Netherlands, especially the Randstad region. Well I took some duct tape and applied it to the frame to uglify my then bicycle. It also helped to add some reflective stripes.

My then bicycle was never stolen. It was way too ugly. (Also a good chain lock always helps in Amsterdam.)

When your life is busy you often need to fix things. Something is missing, then replace it. When you cannot replace it because costs and/or efforts short-term fixes become part of your routines. As you get used to finding quick fixes you focus on what works. If something does not work you do not use it.

That bent street light is still there. The steel is still rigid enough to keep the street light standing. The duct tape keeps the internal circuits isolated from the weather. A quick fix that works like that is worth taking note of.

Short-term fixes are interesting to say the least. Look around, you might learn something…