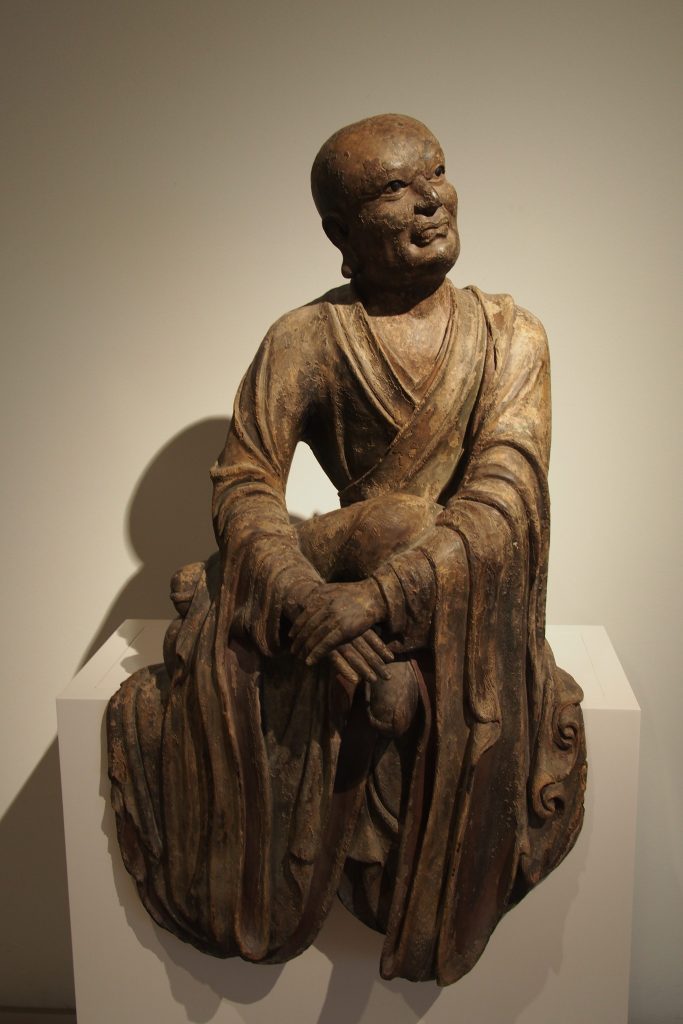 At Rijksmuseum he ponders eternally…

There are some topics I avoid because I think a Socratic stance is better. I am not certain of my knowledge I remain silent and ask questions. The realm of spirituality and religion is such a topic. I grew up in an Evangelical Christian family and sometimes cult-ish gurus and wise Bible-readers would visit. I often felt more confused than certain so I let them talk until the wind took their breath away.

One aspect of life and religion that has always had my attention is meditation. There are many forms and rituals and whether one tradition or doctrine makes sense to you is personal. I personally prefer the philosophical approach which drew me to reading Montaigne‘s “Essays” and made me value silence more than prayers, mantras and sermons for the masses.

Over the years though I have gradually learnt more about the roots of my own upbringing. “Western Christianity” owes much to Eastern philosophy and religion. So I started reading about Buddhism, Taoism and Hinduism and am I still digging. One thing that has struck me is that the Eastern approach from the ancients – yes they were advanced – is how complex simple things can become. Depending on which teaching of Buddhism you follow there are several stages of “being in meditation.”

Now to the hardest part of this post, how to define meditation. I am not even going to try. It would be like trying to separate science from philosophy. All I know and experienced is that meditation can be many things at once and one particular thing at the same time. Think of it as a sequence of actions: wake up; find a comfortable place; how to sit; clear the mind; breathe in and out; continue while staying awake and aware. Seems easy, then you try to explain it.

I am only certain of one thing. I value silence more than anything. It allows me to think more…

P.S. I took the picture in the Rijksmuseum in Amsterdam. The Asian exhibition is worth the watch.