The 2014-2015 winter has felt more like an extended fall season than anything else. When you walk outside in the greener parts with more trees and bushes some birds are there. Yet while some birds already tweet and whistle the earth is still cold and most of the trees have no leafs on them.

Maybe the seasons are following a new cycle. I have no answers. All I can do is think about how the seasons have changed over the last few years here. Summers invaded the fall which made September a relatively warm month. Sometimes winters had no snow or ice but still the spring started late.

Either way, for about 24 hours there was snow in an otherwise chilly winter. 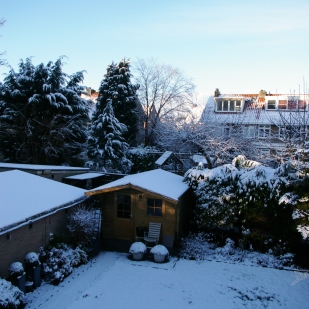 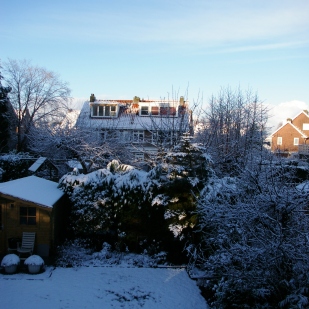